Looking for something? Try using our search functionality below or contact us for assistance.

The Transport for your Journey
Translation by Google

We strive to be a creative, customer-oriented and reliable company, and fostering long-term re­lation­ships with our customers while ensuring total satis­faction. We regard service and safety as a priority. Mr. Nabibaks Mahomed-Saliem† (also known as Jansie Saliem) was born on October 1st, 1936 in Paramaribo. He started at the age of 25 with the establishment of Garage de Paarl. Mr. Saliem came up with the name Garage de Paarl which he got from the theater de Paarl that was under construction at that time. With only one car as a taxi he worked to go ahead in life. Later on, Garage de Paarl had the first limousine — type Mercedes Benz — in Suriname, also the first Air Conditioned Coaster bus and the first luxury Station with Air Conditioning. Garage de Paarl is registered at the Chamber of Commerce in Suriname since January 10th, 1978.

North, South, East and West, Choose for Garage de Paarl, That’s the best!! The only real reliable garage in Suriname.

Reliable, safe and comfortable transportation to and from the Johan Adolf Pengel International airport in Suriname. Experience the difference.

We have several options for renting a car in Suri­name. Our cars are in good con­di­tion. Special rates apply for longer rental periods.

We aspire to be a creative, customer-oriented and reliable company. Our goal is to foster long-term relationships with our customers while ensuring total satisfaction.

We love speaking to and helping our customers! Contact us today; our repre­senta­tives will be happy to assist you.

Become a part of our conversation on social media and stay updated on the latest developments.

The Transport for your Journey
Please wait... 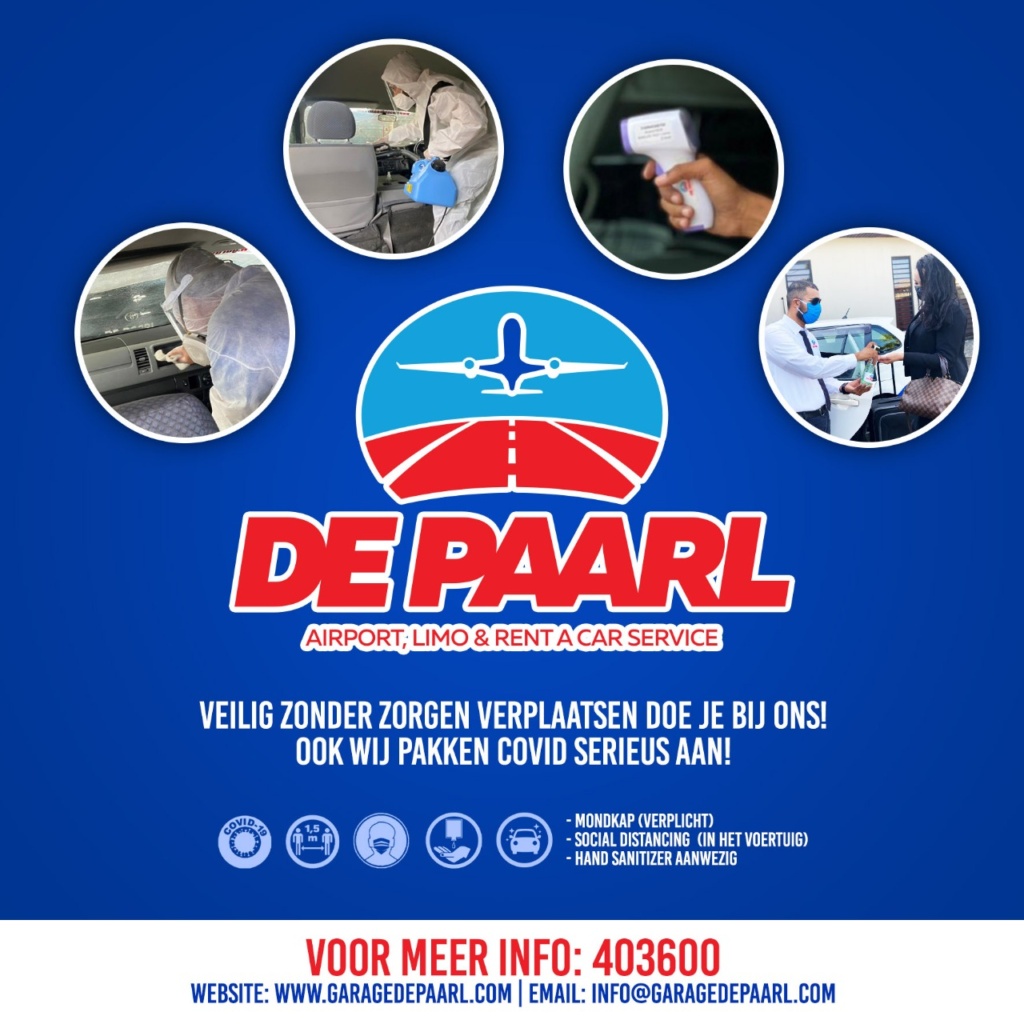